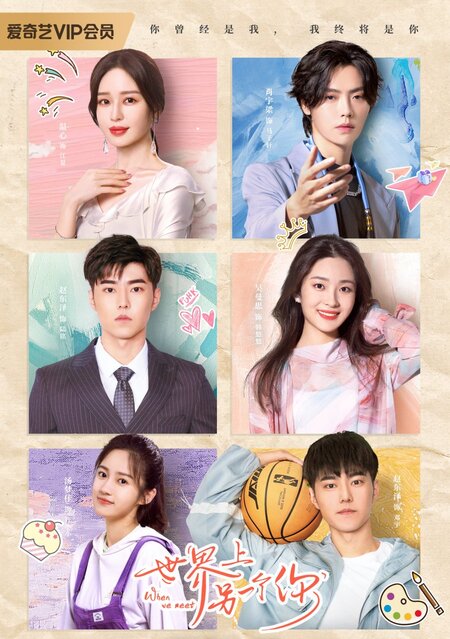 Summary : Lu Ming is a talented artist working for a gallery house. During an opening he bumps into a high school student named Deng Yu, who is his direct lookalike. They don’t just share the same face but also the same mental disorder that messed up Lu Ming’s chances as an artist in his youth and is also threatening Deng Yu’s. The more time they spend together, the more they want to help each other succeed. Lu Ming has a wonderful girlfriend, Han You You and best friend, Ma Zi Xuan who does everything to help his friend when Lu Ming faces hardship. Meanwhile, Deng Yu is popular at school and also has a loyal group of friends that includes newly transferred Xu Xiao Xiao. As challenges mount both personally and professionally for both men, can they find themselves in time or risk losing everything they care about most including each other?