What Happened To Nicholas Hoult In The Menu? Nicholas played the role of Tyler Ledford in the dark comedy movie. Directed by Mark Mylod, the film stars Ralph Fiennes as Chef Julian Slowik, Anya Taylor-Joy as Margot, and Hong Chau as Elsa. Though the movie’s name is The Menu, it serves only darkness and death on the plate. Released on November 18, 2022, the film grossed around $79 million worldwide.

It wasn’t exactly a hit but received positive reviews from most of its audience, including critics. The ensemble cast and surprising plot make the movie a worthy watch. One won’t be able to assume the impending disasters as Tyler and his date Margot plan to visit an exclusive restaurant on a private island in Hawthorn.

What’s most impressive is that the cause of everything is “failure to appreciate art.” Everyone at the dinner was obsessed with one thing or the other, so obsessed that they failed to see the real purpose of their life. Upset with the fact celebrity chef Julian Slowik planned the doom. Let’s see what happened to Nicolas, a.k.a Tyler, in the movie.

What Happened To Nicholas Hoult In The Menu?

Nicholas died by suicide in the movie. He plays the role of an epicure and is obsessed with the cooking of chef Slowik. In the beginning, we see Tyler taking Margot to the event in place of his ex-girlfriend because only couples are allowed at the restaurant. Later on, Slowik reveals that Tyler knew the guests were all going to die, but his obsession took the better of him.

The way Tyler described every dish served since they got on the boat gives us the impression that he might be a leveled cooking artist. While everyone is just talking and eating, he is savoring the dishes. But Slowik sees through his deception and asks him to cook, even giving him the chef’s coat. 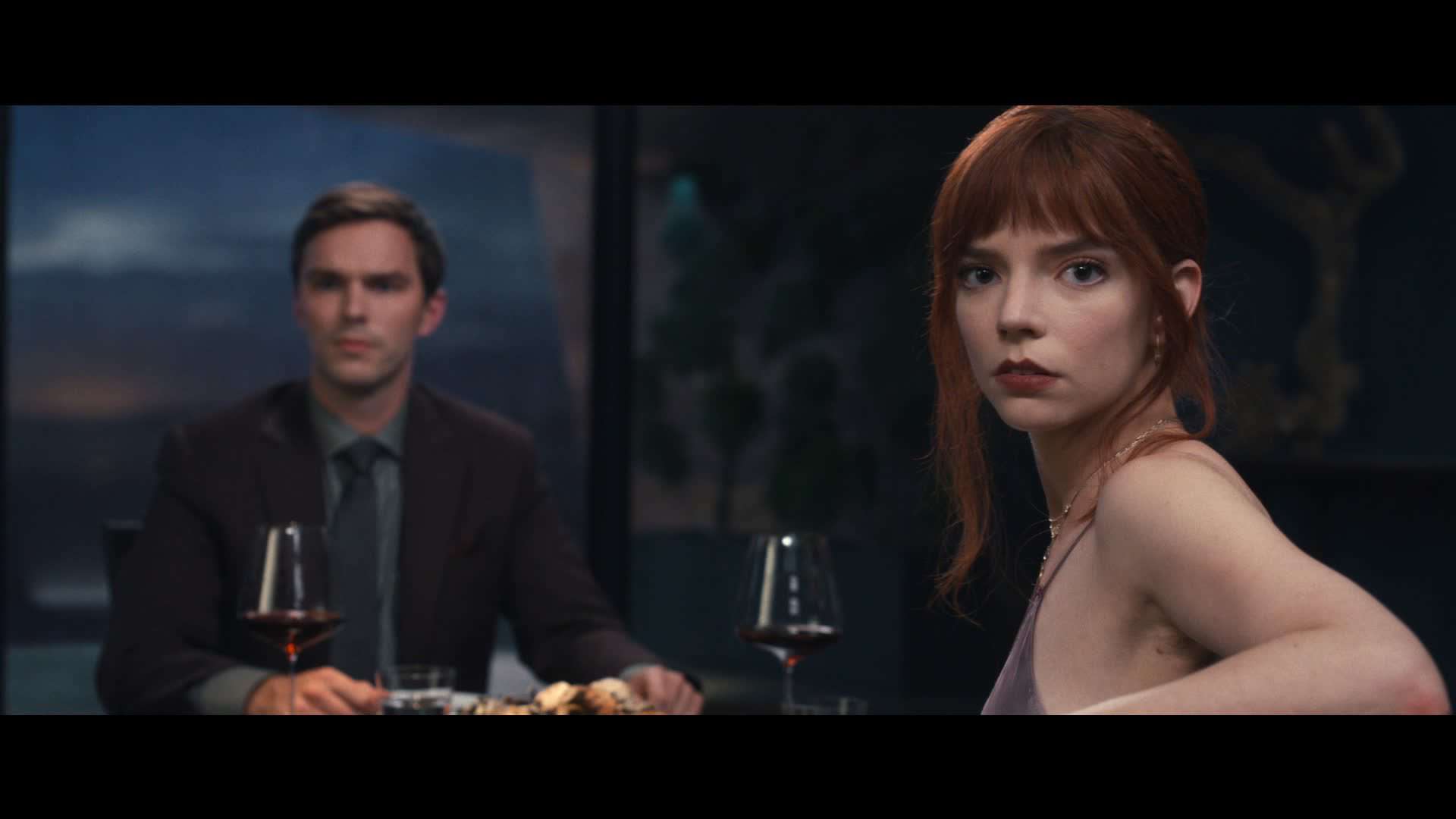 Still of Nicholas Hoult as Tyler and Anya Taylor-Joy as Margot in The Menu, Credit: TSG Entertainment

As soon as he starts cooking, we can tell it’s going to be catastrophic, and he cooks, “Tyler’s Bullshit.” The chef ridicules his dish and whispers something in his ears, after which he goes towards a storeroom. Moments later, Margot sees Tyler hanged by his tie. What Slowik whispered was never revealed in the movie, but he might have ordered him to “kill himself.”

Nicholas’s role seemed the most complex to me. Every guest had just come there to eat and enjoy, but he knew it was death’s door. In addition, nothing was depicted about the characters’ history. Why Tyler knew so much and cooked so badly will remain history.

It could literally be that his mind was so preoccupied with meeting the chef that he was even ready to die. It might be the selling point too, and in my opinion, it makes the movie a lot more interesting.

Why Is Nicholas Hoult’s Role So Important In The Menu?

Nicholas Hoult, as Tyler, is the most intriguing character in the movie. Take this, Tyler had extreme knowledge of the ingredients and probably the taste too, so why wasn’t he able to cook? Tyler probably never had an interest in cooking but wasn’t forcing himself to be a food lover. It didn’t seem like he was a showoff, so why?

In my theory, his character describes the things that are usually wrong in this era of social media. Something like “stimulated obsession,” which is definitely not a real-world concept. People go on watching something on the internet, keep watching, and a point arrives where they are so deep that it becomes a part of them.

Nicholas’s character was deep enough to sacrifice his life for something he didn’t even understand. It is probably, what Slowik meant when he said mystery draining from art. Well enough head-scratching theories for the day; let’s take a leave here. Word of advice, think deeply over movies and their meaning, but not too deeply, or else you just saw and read about Tyler.