What Episode Does Naruto Join The War?

When the fourth shinobi world war started, it was clear that the shinobi alliance intended to hide Naruto and Bee from Obito while they fought him at a different location. So for the duo fans, it was difficult to think that we won’t get to see the two of them in battle. But as things changed, they ended up on the battlefield, and this time we will take a look at what episodes does Naruto join the war.

When we finally got to see new Naruto’s transformation after he defeated and took control of Kurama’s Chakra. We were so eager to see what more he could do with his new powers. Surely it was obvious that he would become a very useful asset in battle. But he had to prove that first before he could be allowed to go in battle.

The relationship that Naruto managed to develop with Bee while they trained together was interesting. And we wanted to see more of that and what they can achieve when they work together. At first, they were given a mission as a diversion from what was happening in the outside world.

Naruto was so blinded by the fact that he finally got to participate in an S rani mission. While Bee was excited to finally explore places other than the village he had lived in. Since he wanted to explore the outside world, then this was a good chance that he could not refuse. All this happened while preparations for the war were happening in the background. So this mission for Naruto and Bee was a good diversion as they were sent to a sacred location where Obito would not be able to find them.

Naruto joins the war in Naruto Shippuden episode 296, titled ‘Naruto Enters the Battle!” This was after he managed to convince the fourth raikage in front of Tsunade that he was worthy of joining the war. After he was cleared to enter the war, together with Bee, they rushed to the battlefield, and they soon encountered an army of the white Zetsu. 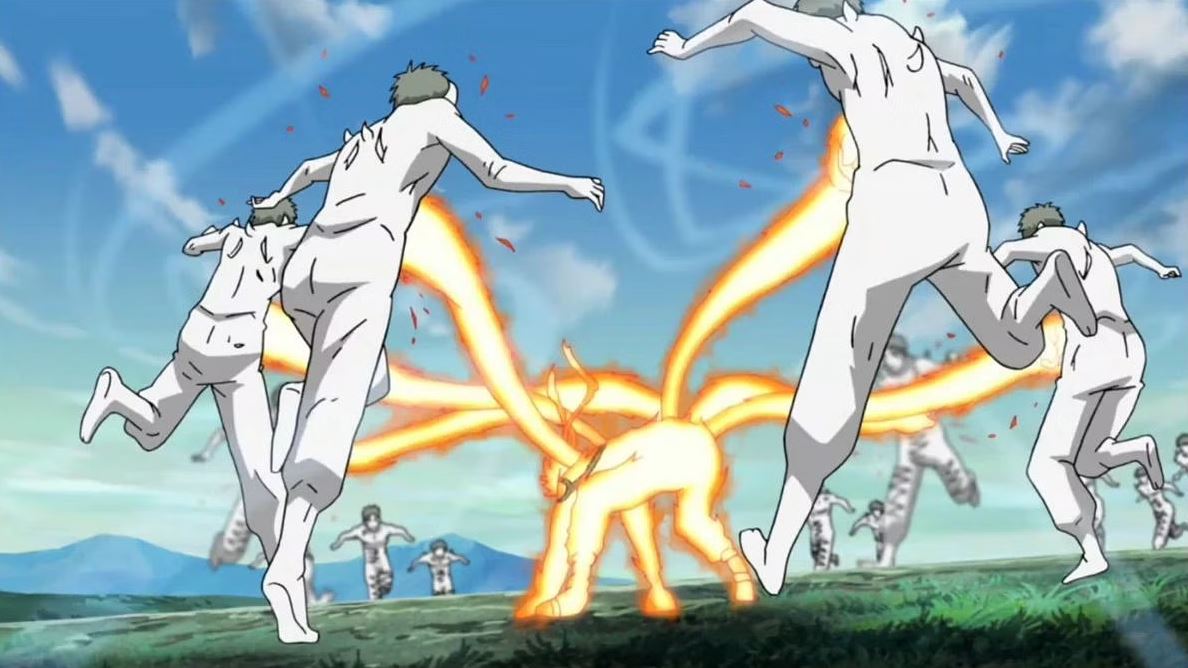 They were quick to demonstrate their new powers and combinations, and Naruto was already powerful to the point where even one of his clones made a big difference when it arrived on the battlefield. Naruto and Bee had already displayed good teamwork when they destroyed the barrier that kept them from going into the battlefield.

Because it was a very difficult Barrier that even Bee, all by himself, would not be able to break. But as Naruto managed to suppress his tailed beast and got access to most of its chakra. He was very helpful because he combined his attacks with Bee as they finally managed to get rid of the barrier. What was interesting was the task that followed, where Naruto demonstrated his growth to the raikage to a point where he finally allowed him to join the battle.

As Bee and Naruto progress into the battlefield, Naruto also sends several clones to different fights to help out. And because of this, a lot of lives were saved as the sensory division where reporting victory as soon as Naruto’s clones arrived in the fight. The real Naruto stayed with Bee as they wanted to join in on the battlefront where Obito was still under the disguise of Madara.

So the sensory division quickly worked with Naruto and Bee to tell them about the different locations where help was needed, and Naruto would then send clones to help out.

The first encounter that Naruto and Bee came across was Toroi, who was giving Musai and Nonota a hard time in battle. This was after they made easy work of the white Zetsu army that they came across. Toroi was a reincarnated shinobi, but the situation on the battlefield was that no one was allowed to go near the medic’s tent due to Toroi’s ability. But as soon as Naruto and Bee eliminated the threat, then things got better as Naruto and Bee proceeded deeper into the war.