The Dressrosa Arc is the best arc of the One Piece series. This arc revealed the best battles that show Luffy’s improvements and other parties. We will reveal the episode where Dressrosa’s arc ended and a few of the interesting battles that took place in this arc. This is the twenty-seventh story arc in the One Piece series, which continues from the Punk Hazard Arc. It happened after Luffy formed an alliance with Trafalgar Law and captured Caesar Clown after destroying everything Caesar built under the instruction of Doflamingo.

However, Luffy and Law play an important role, and they arrive at Dressrosa with Kinemon after saving Momonosuke. They planned everything they would do to avoid fighting with Doflamingo, but they didn’t know their mysteries were hidden with Dressrosa. After learning the truth about Dressrosa, Luffy and the others decided to dethrone Warlord of the Sea Donquixote Doflamingo, who was the king of the island. Dressrosa is found in the New World, and it is the second Island that Luffy visited with his crew in the New World.

There are many interesting things about Dressrosa, and one of them is when Sabo ate the Flame Flame Fruit and when Luffy fights with Doflamingo. This event where the best thing on this island, and we have also seen many battles during the tournament to win the Devil Fruit. However, One Piece fans always knew that Luffy would always conquer all the islands he would set foot on with the help of his crew. We will also discuss a few events that happened on this island. Let’s find out the episode where Dressrosa ended and other things that happened in Dressrosa. 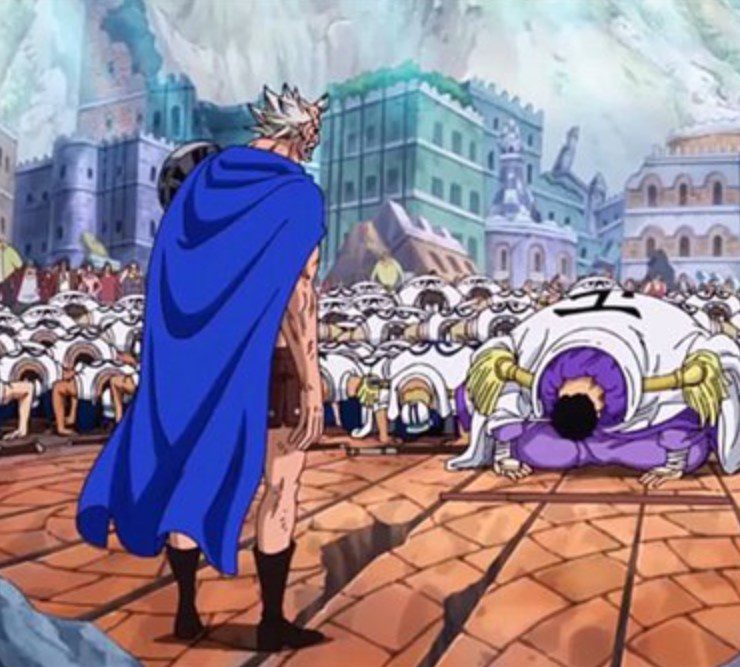 What Episode Does Dressrosa End?

Dressrosa ended in One Piece Episode 746. This happened after Luffy, and most of the different pirates defeated their enemies, including Donquixote Doflamingo. In this episode. Rob Lucci and Spandan locate Dressrosa for weapons but find nothing. The Dressrosa citizens celebrate the new era of history, and those who turned into stuffed toys have now returned d in humans. The dwarves’ existence was revealed to humans, who decided to coexist. Riku Doldo III is revealed that the war is over and prepares for Levely.

On the other side of the sea, Donquixote Doflamingo is imprisoned and wonders who will gain power over the world. Later the pirate Jack prepares to fight the Marine convoy transporting Doflamingo. Elsewhere, The Straw Hats are stunned to see Bartolomeo’s ship that Bartolomeo has named the Going Luffy-senpai. Bartolomeo reveals the Straw Hats Pirate’s updated bounties and wanted posters. But Sanji wanted only an alive wanted poster. Dressrosa Arc stated in episode 629 and ended in 746, and this has revealed the best interesting battles that involve Luffy vs. Donquixote Doflamingo that we will discuss below.

Who Planned the Dressrosa Arc Events?

Donquixote’s Family planned the Dressrosa arc events to lure Luffy and other pirates who foiled Doflamingo’s plans. Doflamingo uses Flame-Flame Devil Fruit to grab every Pirate’s attention who headed to Dressrosa to enter the completion and win the Devil Fruit. Luffy and his crew couldn’t stay behind since Luffy wanted to get the Devil Fruit, but he allowed d Sabo to take it. Doflamingo knows that he will lure his enemy Luffy since Luffy and his crew, along with Law, destroy the Smile factory and beat Caesar Clown. He created this event to get revenge on Luffy and others. 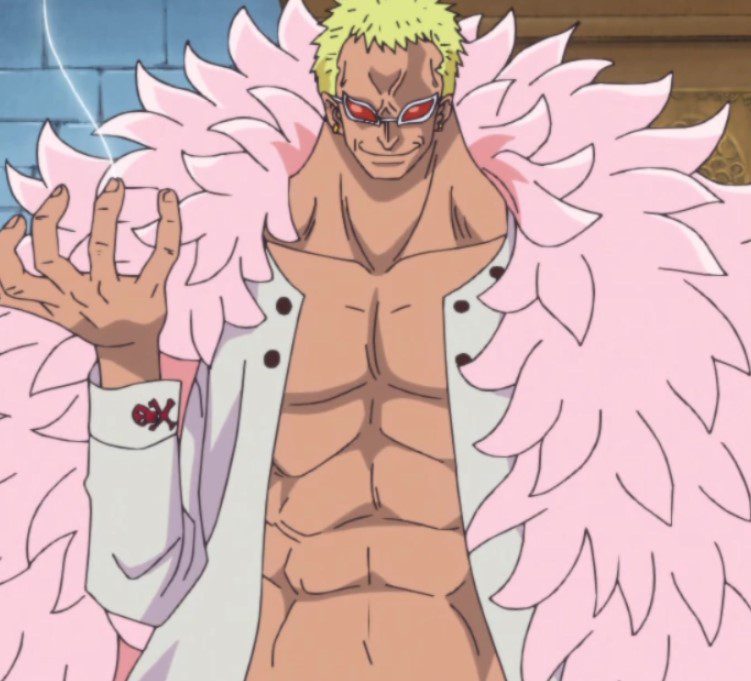 This duel begins in One Piece Episode 723, “A Collision of Haki – Luffy vs. Doflamingo.” This happened after Law used Counter Shock to kill Doflamingo, which worked. This made Law gets relieved that he had defeated Doflamingo. But he was surprised after Doflamingo returned to life after using His Devil Fruit to revive his heart. Doflamingo revived like he was not attacked and decided to kill Law. But Luffy used his leg to block Doflamingo’s leg that was about to crush Law.

Luffy and Doflamingo clashed using Haoshoku Haki, which everyone around Dressrosa saw. As the battle continues, Trebol also interferes and realizes that Doflamingo is the king and brats cannot defeat him, But Trebol faces his death after fighting Luffy and Law. Luffy fight Doflaming and they exchange massive Haki strikes. After a long battle, Luffy begins to dominate Doflamingo. 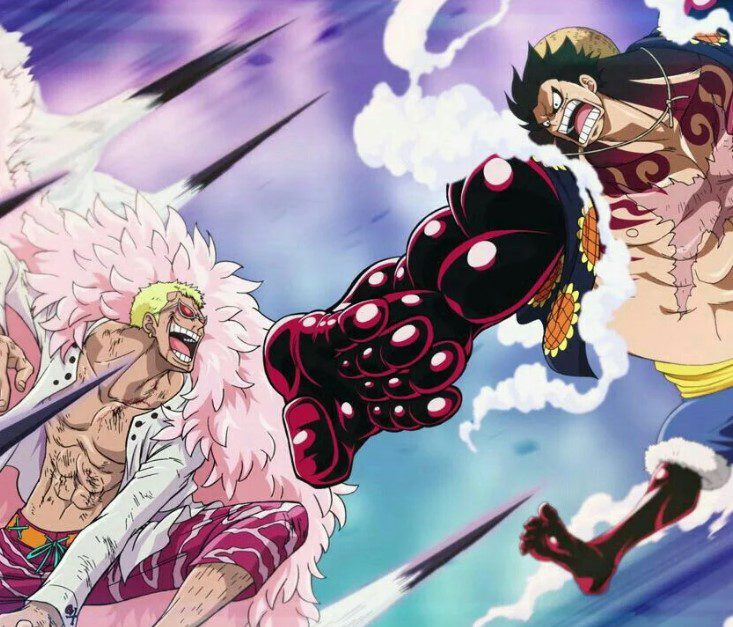 Luffy smashed Doflamingo with Busoshoku Haki, never entered Gear Fourth Bounce Man, and defeated Doflamingo after smashing and pinning him to the ground. The Strings covering Dressrossa disappear, and everyone realizes that Luffy has won.

Also Read: What Episode Does Naruto Fight Sasuke For The First Time?