Brokeback Mountain is one of the sweetest and most adorable love stories to ever exist and definitely it catches your eyes with the soft and sensual themes and the longing for love. The movie in itself is filled with highs and lows of emotions and this can make any fan of romantic drama feel like on a journey.

This Neo-Western romantic drama is directed by Ang Lee, who is very well known for his emotionally charged movies that can be easily translated onto the screens. The movie in itself is an adaptation of a short story by Annie Proulx by the same name that she published in 1997 and it has been one of the most loved short stories as well. The movie was released on December 9th, 2006 for audiences in the United States.

The movie’s cast is an ensemble of some of the finest actors in Hollywood to ever exist comprising Heath Ledger, Jake Gyllenhall, Anne Hathaway, Linda Carddellini, Anna Faris and Michele Williams. The acting and the performances of the actors were appreciated and acclaimed for the same. The movie was also nominated for Academy Awards but lost the award to the crime-thriller movie Crash. The movie on the one side gathered all the praises and love but on the other side was subjected to a lot of controversies due to the portrayal of homoerotic themes that didn’t sit well with a lot of people. Still, the performances of Ledger and Gynellelhal were loved as cowboys.

The movie in itself became is a turning point when it comes to the representation of queer in cinema in mainstream movies and the commercial success of the movie opened up plenty of doors for more movies to come in. Later on, in 2018, it was announced that the movie will be registered since it was culturally, aesthetically and historically rich.

Also Read: What is Jeanne Cadieu’s Net Worth? Jake Gyllenhaal Speaks Fondly About His Girlfriend

A briefs synopsis of the movie

The movie is set in the backdrop of Wyoming in 1963 a foreman Joe Aguirre hires two men named Jake Twist and Ennis Del Mal to stay with his sheep as they go and graze in the Brokeback mountain. The cowboys accept the job and begin with their assigned duty. 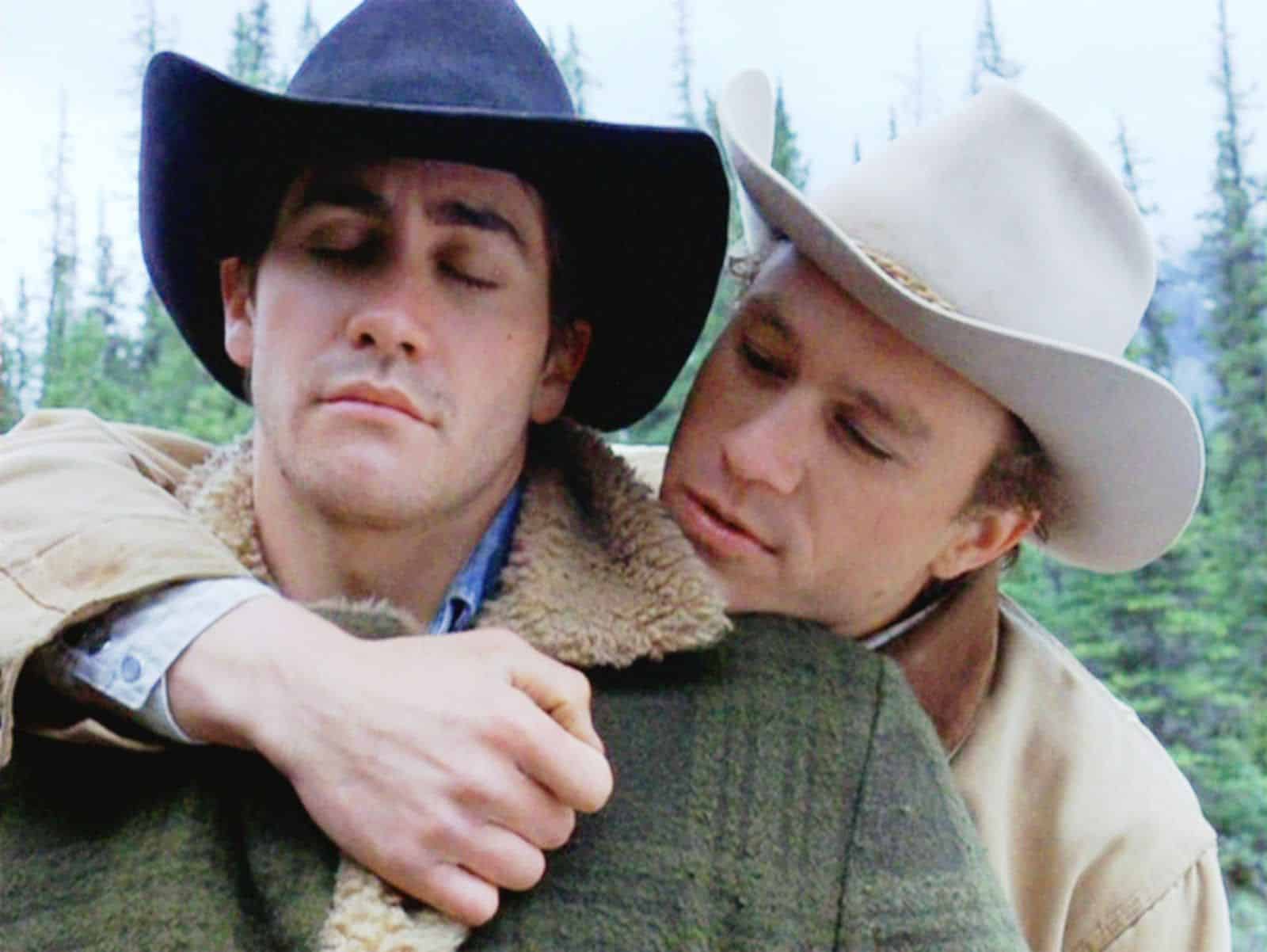 A still from Brokeback Mountain

One night both of the boys get heavily drunk which leads to them later getting more intimate, reluctantly. Even though they mutually decide it to be a mistake and swore to never repeat it again, they have started developing feelings by this point and there was nothing they could do about it.

Time and years pass, and they both separate and start living their individual lives as they hide their love and sexuality from all. They get married and have children and finally, after four long years Jack visits Ennis. They both embrace each other and share a passionate kiss which is witnessed by Ennis’s wife. Jack suggests creating a life with him, as they both can live on the ranch but Ennis fearfully declines to state his fear for the people who are homosexuals and are killed. 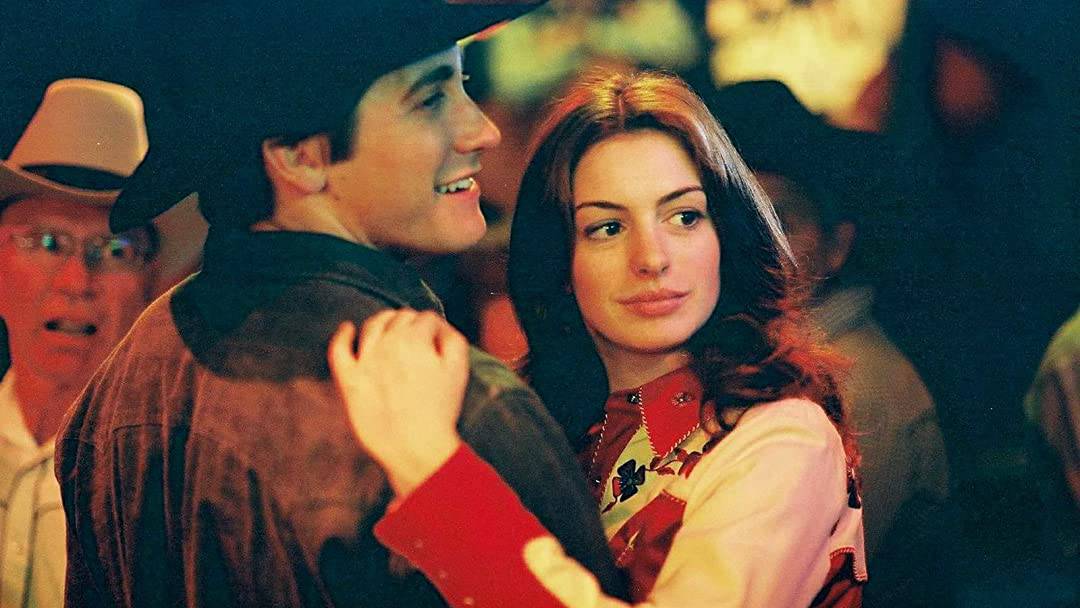 Things keep deteriorating their personal lives as they progress. Ennis gets divorced and despite Jack’s insistence he refuses to go to him all because he wished to stay near his children. They even seek out other short-term partners and romances but they are shown to be emotionally unsatisfied as their hearts are stringed together and wished to stay together.

Sometime later, Ennis worriedly calls Laureen when he receives a postcard that he sent to Jack with a stamp of “deceased” on it. Laureen tells him about the unfortunate death of Jack, which is shown to be a lie and doesn’t match up with the story that Laureen told Ennis.

What happened to Jack Twist

Jack Twist purely lived a life that was tragic and filled with problems at every glance of his life, which only gave him more reasons to be sad and morose in life. In the movie, we see how Jack never really gets to unite with the man that he loves rather he is always left waiting and waiting for him.  He keeps waiting that one day maybe Ennis will up but it actually never happened for him. 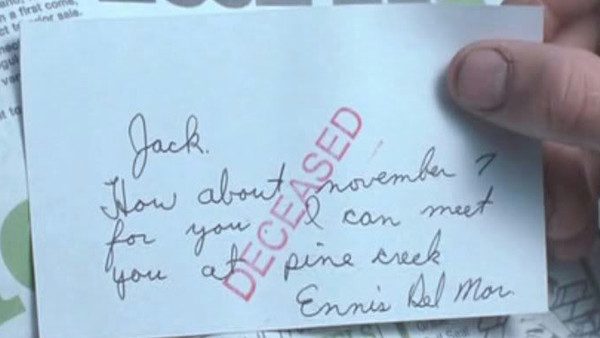 At the end of the movie, we get to know that Jack has passed away after seeing the postcard that Ennis sent him being returned to him with a deceased stamp on it. Laureen tells him that when he was fixing his flat tire it burst and the rim of the tyre smashed his face. He was on a comparatively stranded road and hence before anyone could come and save him he drowned to death in his own blood.

But as wee the back scenes that are played simultaneously as they both talk we see, a healthy Jack walking in a field and being brutally attacked by several men, who hit him with tire irons and metal rods. Smashing his face and hitting his body they beat him to death. Ennis later on finds out that Jack wished his washed to be spread on the Brokeback Island.

Also Read: What Happened To Heather Gay On RHOSC?

My Hero Academia Releases Its Most Brutal Villains Ever