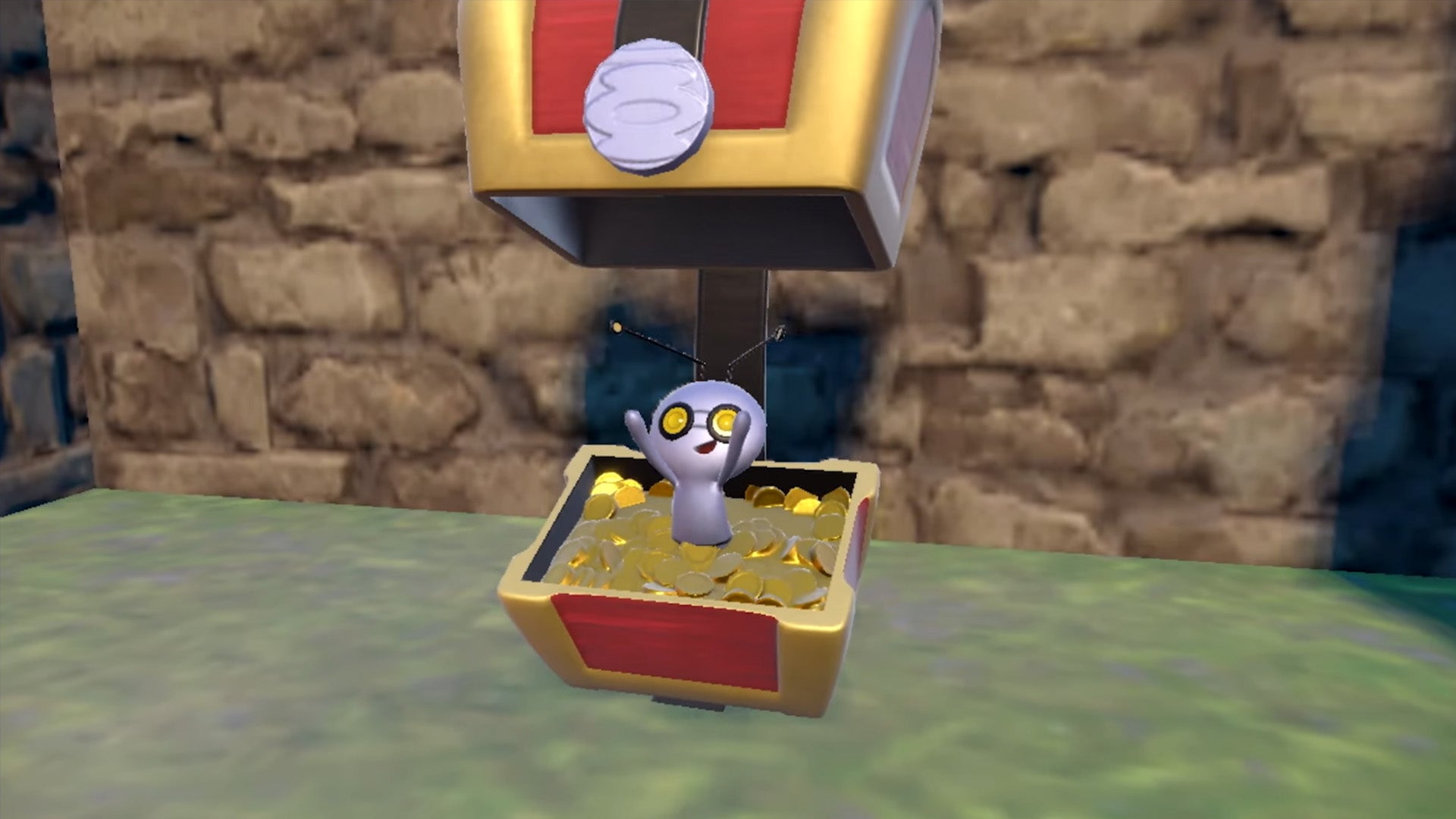 Gimmighul is the latest Pokemon to be revealed Pokemon Scarlet and Violetand it even has one Pokemon Go Connection.

You may have seen the little beast roaming around in Pokémon Go before, but Gimmighoul has been officially unveiled, though it doesn’t seem like the most straight-forward pocket monster out there. Those who have been keeping an eye on Chest.pokemon.com will have seen a coin-filled chest that appears to be a form of Gimmighoul himself. While the one that walks around gives coins in Pokémon Go is another form that walks around outside of the chest.

These two forms were discussed by characters Jacq from Scarlet and Violet and Professor Willow from Pokémon Go, where the former called the chest form…well, chest form and the latter called the Roaming form for the roaming version of Gimmighoul. Interestingly, in the Paldea region, it only seems possible to catch Gimmighoul when it’s in its chest form, as Roaming Form will run away from you. But in Pokémon Go, the roaming form happily comes right at you.

The reveal trailer also told a cute little tale about a young girl who collects 999 coins for Gimmighoul, so maybe that has something to do with how you get it in Go, since you can collect coins at gold stops at the moment.

Chest Form Gimmighoul is a ghost type, but the typing for Roaming Form hasn’t been revealed yet, so we’ll probably have to wait until he’s actually catchable in the mobile game.

It has also been revealed that you can connect your copy of Scarlet or Violet to Pokémon Go, although it is noted that you cannot trade directly. What that link entails isn’t clear, but the feature is planned for some time in 2023.

How To Make Color Text In Pls Donate – Roblox Guide