The Midnight Club teaser has been released by Netflix before this project can release on the platform and it obviously needs a teaser breakdown. Mike Flanagan has created the show for Netflix. It will serve us with various genres such as horror as well as mystery and thrill. In the series, we will see the story divided into 8 parts. It will include eight hospice patients who all meet with each other every night.

Upon their meeting, the group tells some of the most sinister stories from their past or tales in general. The plot is taken from a book of the same name which was written by author Christopher Pike back in 1994. These patients will be seen living in the Rotterdam Home hospice. This place is run by a very creepy and enigmatic doctor. Later in the series, as the group regularly meets to tell stories to each other, they know inside of them that they are soon to die because of their diseases or illnesses.

Thus, they make a pact that whoever will die first in their group, will have to reconnect with the remaining group from the after life. Although, their promise goes a little bit wrong after one member of this group dies. Soon after, a series of weird events start happening around them. Well, coming back to the teaser of the series, here is what the video reveals about the upcoming show. 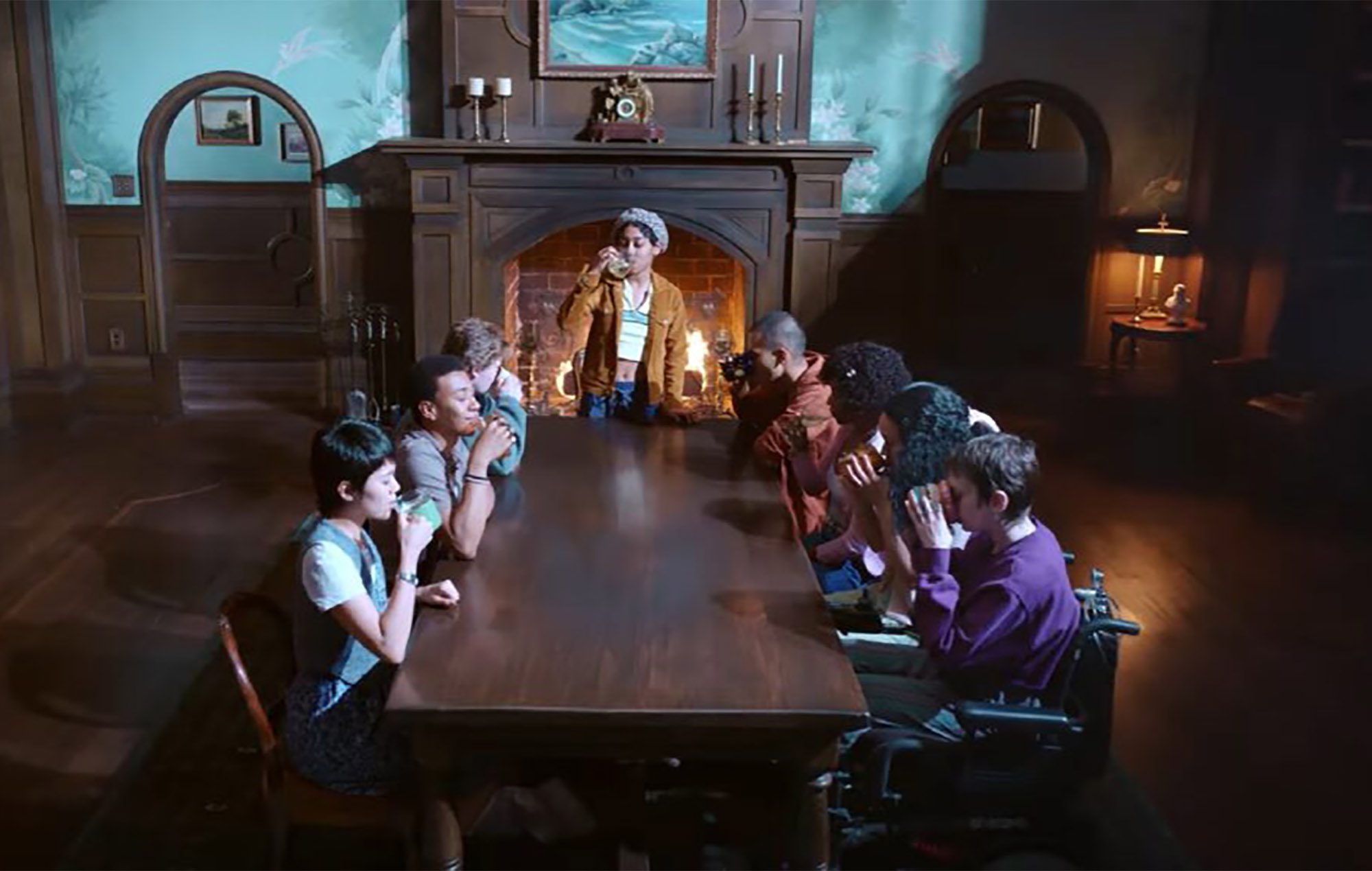 A still from The Midnight Club Teaser

Mike Flanagan has created some of the best and top-notch horror series for Netflix over the past few years. He has worked as a director to the show Haunting of the Hill House and the other anthology series called Haunting of the Bly Manor. Thus, to expect anything less from him will be pretty rude. As we keep our expectations on the roof, the clip of the teaser starts with some eerie sounds as we see the Rotterdam Home in question.

Soon, one of the kids who live as a patient at the home starts narrating the video as soon as the time turns 12 PM on his wristwatch. He is an ode to those before. Soon, another girl is seen climbing down the stairs and she talks about those after. The third patient is seen in the teaser while she is playing chess as she throws one of the pieces away and pays and ode to them right now.

After this, the clip changes to another girl in the hospice who talks about the ones living beyond. As soon as she says her line, lightning and thunder takes place and we can see the silhouette of a person standing outside the window. The remaining two patients in the Rotterdam Home narrate the story of people who are either seen or unseen.

What is The Shadow We See?

At last, they talk about the ones who are there but actually there with them. The eerie and creepy sounds we heard from before is continuing and we can expect nothing less from the show but a full creepy concept of stories that will be enough to scare us for an entire week. The children in the clip come together in the end as they raise a toast to the ones who are there but not there while sitting at a long dining table. The thunder cracks for one last time as we see a black shadowy figure standing at the head of the table which soon disappears as the light goes out.

Fans generally are reacting positively to the teaser even when the show has not been released just yet. They are talking about the fact that Mike Flanagan just never misses out and delivers some of the best horror classics. His most recent work with the Midnight Mass is particularly awesome and if this upcoming series is nearly half as good as that one, horror genre fans will be too excited to watch. Also, reviews are again positive about the work that Christopher Pike did within his books. His work is famous for teenage horror and with his forces combined with that of Mike’s, we can expect nothing but a masterpiece.