The Buford Pusser Story: The Sheriff Of Tennessee

Everyone who has seen the 1973 neo-noir film “Walking Tall” recognizes a cult classic when they see it. The film was a huge hit, spawning a television series, a T.V. film, and a remake of the same name in 2004 with two sequels, not to mention the film’s original two sequels in 1975 and 1977. People were excited about the heroic life of real-life superhero Buford Hayse Pusser, who fought illicit criminal conduct like gambling, moonshining, and prostitution rackets while serving as sheriff of McNairy County. In 1974, a museum was built in his abandoned home, and his adventurous, daring life inspired the creation of songs, albums, novels, and films. A festival is being held in Adamsville of, Tennessee, in his honor every May.

Born on the 12th of December 1937, Pusser’s father, Carl, was a police chief in the Tennessee town of Adamsville. His mother, Helen Pusser, conceived him in Finger of McNairy County. He was a huge baby at birth, and Buford would go on to grow over 6 feet 6 inches in his lifetime. This led him to be recruited by both his basketball and football clubs while he was in high school. After high school, under his father’s guidance, he enlisted in the United States Marine Corps but could not get past the recruit training since he was diagnosed with asthma during his service.

When he came to work a new life in Chicago in 1957 and got into wrestling. This earned him much fame in the Mid-South, and he was called “The Big Bull” or “Buford the Bull” by his fans for his relentless action in the ring and his hefty tall stature, and having won in a competition against a grizzly bear. But by 1962, Buford Pusser returned to Adamsville of Tennessee with his new family to join the law enforcement that took his life down some twisted turns.

One Man War By Buford The Bull

While the Bull was still wrestling in Chicago, he met his one love, Pauline, whom he married on the 5th of December 1959; the two had a daughter called Dwana Pusser. On his return, he was made a constable and a police chief due to his father’s work ethic and his reputation.

The man proved to be worth his salt and ground up the town that was swarming with criminals hell-bent on corrupting the place to its core. Impressed by his dedication, on the death of the acting sheriff James Dickey in a car crash, Pusser was elected by the department as the new sheriff of the county at the age of 27, becoming the youngest ever to hold the office.

Ever since he began his term, he actively spent his days eradicating State Line Mob that was involved in bootlegging, prostitution, and murders, as well as Dixie Mafia dealing in illegal marketing and drug supply chains. Several attempts were made to finish Buford Pusser off, one of the most notable being Louise Hathcock’s attempted murder of the sheriff whom he came looking for in Shamrock after receiving a complaint on the 1st of February 1966. She fired at him, but he fired back, killing her. 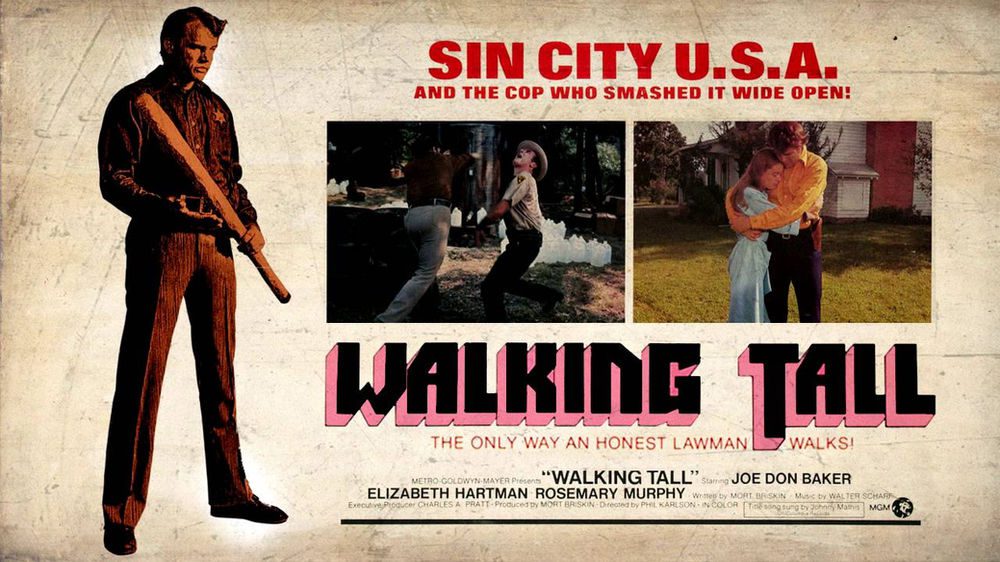 The poster of Walking Tall 1973, a biographical film of Buford Pusser’s life

He was hailed by the citizens of Tennessee as their hero, but the assassination attempts did not stop. On the 2nd of January 1967, an unknown gunman fired at him thrice before fleeing the scene. But despite all the violence being committed against him, on the 12th of August of the same year when his beloved Pauline was shot dead in front of his eyes. The Bull could no longer contain himself and went on a spree of hunting the criminals down, which led to his glorious revenge story that set itself in the concrete of time.

That fateful day, just as the sun was rising in the dark sky, the telephone in the sheriff’s house rang. Buford Pusser picked it, and his subordinates relayed to him a commotion on a particular side road. He was gearing up to get going when his wife offered to accompany him. The couple reached the site via their car, and as they were pulling over at New Hope Road in Tennessee, another car drove next to theirs. Without a second’s delay, gunfire rained through their windows, and soon, what ended up in the front seats of the Pussers’ car were two adults left for dead.

The disturbance garnered the attention of those around, and soon the couple was admitted to a local hospital. The sheriff had two bullets pierced through his jaw that required multiple surgeries and skin grafts. After an 18-day stay, he returned only to discover a crying daughter and the absence of his deceased wife. The widower stated to the investigators the names of his assaulters and the murderers of his wife. He labeled the head of the Dixie Mob Gang, Kirksey McCord Nix Jr., as the mastermind behind the assassination. Buford grew unhinged and, on Christmas day of 1968, murdered Charles Russell Hamilton after hearing he frightened his landlord by means of a gun. It is rumored he shot three of his wife’s assassins dead either by himself or by a hired gun as one, Carl “Towhead” White, was reportedly shot to death by another hitman in Tennessee while the other two were found dead in Texas with bullets scattered throughout their corpses.

He was harder than ever on every felon in town until he one day was driving home to his daughter from a local fair in Tennessee and was killed in a car crash in 1974 like his predecessor did. His family believed the accident was intentional and that it was planned, but nothing was ever proved. Nix was captured, albeit for another crime, and was sentenced to imprisonment for life in isolation. He served as the sheriff till 1970 due to term limitations and then was reelected as a constable that lasted till 1972. Those in admiration of Buford Pusser’s daredevil attitude were happy that he got the deserved justice from life.

Allegations Against The Tennessee Sheriff

While all that knew of Buford Pusser only knew what a great man he was, Publisher Barbara Bivins took the stage to say she knew more. Accusations were made against the famed sheriff by her, which she said were per the FBI reports. If the reports were true, they suggest that White (one of the men responsible for his wife’s death) had struck a deal with the sheriff. 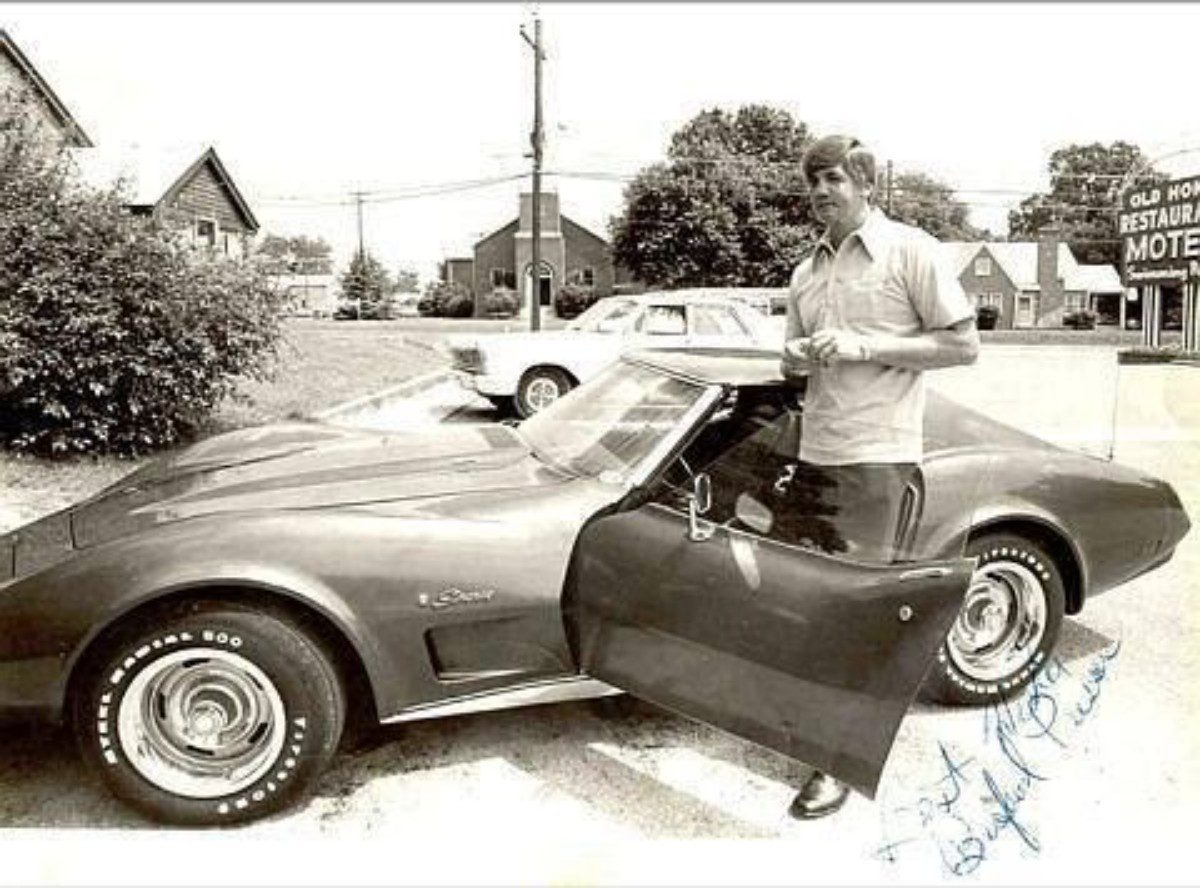 She says he was involved in the women trafficking and illegal drugs rackets, according to her husband Tommy, who was formerly a “State-Liner” and did nothing to close the gangs of Tennessee down but only showed so perhaps to divert attention. She also claims Hathcock was murdered by him by a bullet in the back rather than the club owner attempting anything against Pusser. In an increasing accusive pattern, Bivins also blamed the man for shooting his wife and then shooting himself to cover it all up.

These statements have been denied as rubbish by Dwana. She says it is absurd to think someone who kills their wife will blow their face off to be left with a mangled jaw forever to cover it. While there are only a few that take Bivins’ account seriously and would rather pass it off, controversy stirred to make money off her book she released on the state lines, the ones that hold, hold it strongly. Nonetheless, Buford Pusser has been immortalized by cinema and media and will stay in our minds and senses for the years to come.

Okanagan Weather: Cooler nights are upon us to usher in Fall - Okanagan