What happens after we die? Some say nothingness awaits us while others believe we go to heaven or hell. There are also a few people who believe that our soul gets reborn. Reincarnation is the fancy term for it. Reincarnation is a fascinating yet controversial topic.

And like most philosophical beliefs it is in no way rooted in scientific evidence. However, anything’s possible when it comes to fictional stories and the concept of reincarnation is a pretty popular topic in Chinese animation. Soul Land is a Donghua where a man gets reincarnated into a strange world after his death.

The story goes like this. Tang San is a prodigy when it comes to the use of weapons. He is the best student in the Tang Sect martial art clan and no one has surpassed him. All the elders believed that he had a very bright future, that is until he stole forbidden lore belonging to the sect.

He threw away everything his life had to offer as a deed like stealing sacred lore resulted in the execution of the thief. But Tang had already gained all the knowledge in the book and now he did not see the point of living any longer. So he decided to kill himself by jumping from Hell’s Peak.

But this was not to be the end of his story. After his untimely death, Tang San was reborn into another world. In this unfamiliar world, each person has a unique spirit within them that can be honed and if it has enough strength its owner can develop powers and gifts.

People in possession of such spirits can become spirit masters which is considered to be the most honorable of professions. But Tang’s spirit, as he soon found out, was that of the Blue Silver Grass which was a rather useless spirit. However, his spirit power is strong.

Now Tang has to overcome his obstacles and with the aid of his previous life’s memories, become a great spirit master in his new life. How will he do it?

Also read: Best Steamy Chinese Dramas That Will Have Your Heart Racing 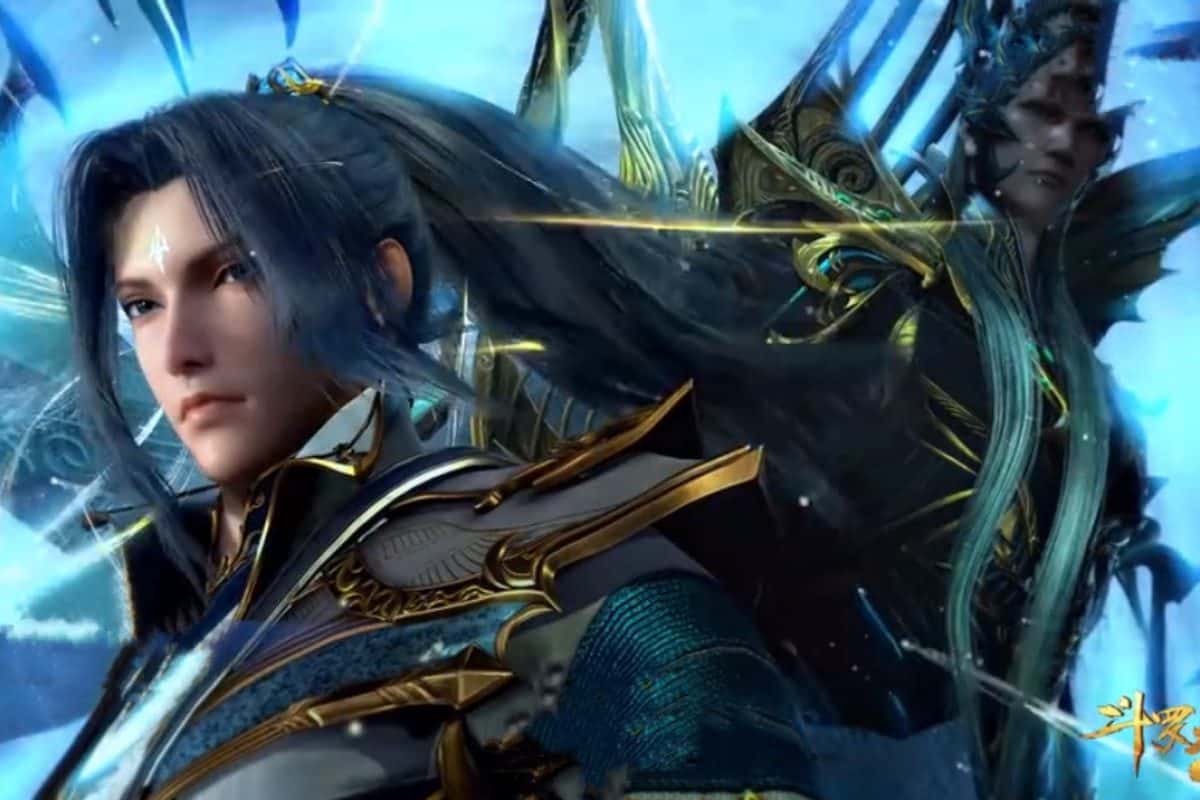 Qian Renxue is progressing in the Angel God Inheritance test and she reaches a very dark and expansive room for her ninth test. She wonders what the ninth test is all about and then remembers the words of the Angel God. The Angel God told her that in order to pass the ninth test, she has to overcome the three barriers in her heart.

As she ponders over those words, the space she was in starts lighting up, and the feather of Qian Daoliu starts to glow. Qian Renxue begins to wonder if her deceased grandfather was the first barrier in her heart. She realizes that she has to move forward from her grandfather’s death.

She vows to overcome the darkness in her heart and fulfill her grandfather’s wishes. That is when the Angel God appears in front of her. The Angel God shows Qian Renxue all the memories of her grandfather so that it may help her progress in the test.

The feather drifts away from Qian Renxue’s hand and falls to the ground to show a flashback of her grandfather. In the flashback, Qian Daoliu and Tang Chen both go and meet Bo Saixi. Tang Chen and Qian Daoliu are enemies and Qian Daoliu vows that even if he is not able to beat Tang Chan in his lifetime, his descendants surely will.

Meanwhile, Tang San is in the forest to complete the eighth test. For that, he must cultivate the dual martial souls to the ninth ring level and collect all the soul bones while killing the Deep Sea Demon Whale King. Suddenly a domain is created in the forest because of which the weaker soul beasts are running away.

The beast suddenly appears in front of Tang San and he realizes that it was Dark Demon Dagger. During this time, Qian Renxue is still immersed in her grandfather’s memories. Qian Daoliu says that Bo Saixi tells Tang Chen to become a hundred-level god so that she could reject Qian Daoliu.

Bo Siaxi says that Tang Chen does not understand the plight of the gods and that she is jealous of him because he is strong and free unlike them. Qian Daoliu tells him that if she goes with him she could change her fate. To that, she relies on that each one of them was close to their gods which is why the gods protect them, and for that, they must pay back to the god.

Bo Siaxi tells that it is a sad and lonely path to becoming a god and Qian Daoliu says that he hopes the successor he chooses will follow in his footsteps and fulfill his wishes.

Soul Land episode 244 release date is out and it is on Saturday, January 28, 2023. The release timings are as follows:

Where To Watch Episode 244?

You can watch Soul Land episode 244 on Dailymotion and YouTube. You can watch the previous episodes from here and it’s absolutely free. In China, it airs on Tencent QQ.