We are now past the midpoint of the She-Hulk series and the series has still not been revealed as to will be the main villain of the show. We saw Titania at the end of the first episode and thought that she was going to be the main villain of the She-Hulk series. But then she didn’t show up for straight next 3 episodes giving us doubts if she really was the big bad. She showed up in episode 5, but nothing special happened. According to the Trailer, she will be fighting She-Hulk in future episodes but she doesn’t feel like being a strong opponent.

Then we saw Abomination – the main villain of The Incredible Hulk movie – from the second episode. Here we got to know that he was still in jail after the events of The Incredible Hulk movie. He was trying to improve himself and his life and wanted to live a peaceful life. She-Hulk became his Attorney and helped him get out of prison. Then he wasn’t seen after that. We thought that he would go bad and turn out to be the main villain, but nothing has happened since then. And there is a possibility that he won’t show up further in the series. Although he is rumored to show up in the Thunderbolts movie.

Then there was also this Wrecking Crew team that we saw at the end of episode 3. And the person controlling this team could very well be the main villain of the She-Hulk show. But I now wanna talk about the recent leaks on the She-Hulk about who the big bad actually is. These aren’t confirmed but a source has discussed who the true villains are. If you don’t want to know that then I suggest that you turn it off now.

Who Is The Main Villain In She-Hulk?

So, now answering the question about who will be the villain in the She-Hulk show. According to the source, it will be revealed that the villains are the Intelligencia. This is a group made up of the world’s smartest supervillains and we’ve seen a number of different members over the years. This includes Modok whom we know will be popping up in Ant-Man Quantumania and it could end up laying the foundation for what’s coming in that movie next year. However, I also think that it might feature the leader whom we saw the origins of all the way back in the Incredible Hulk. 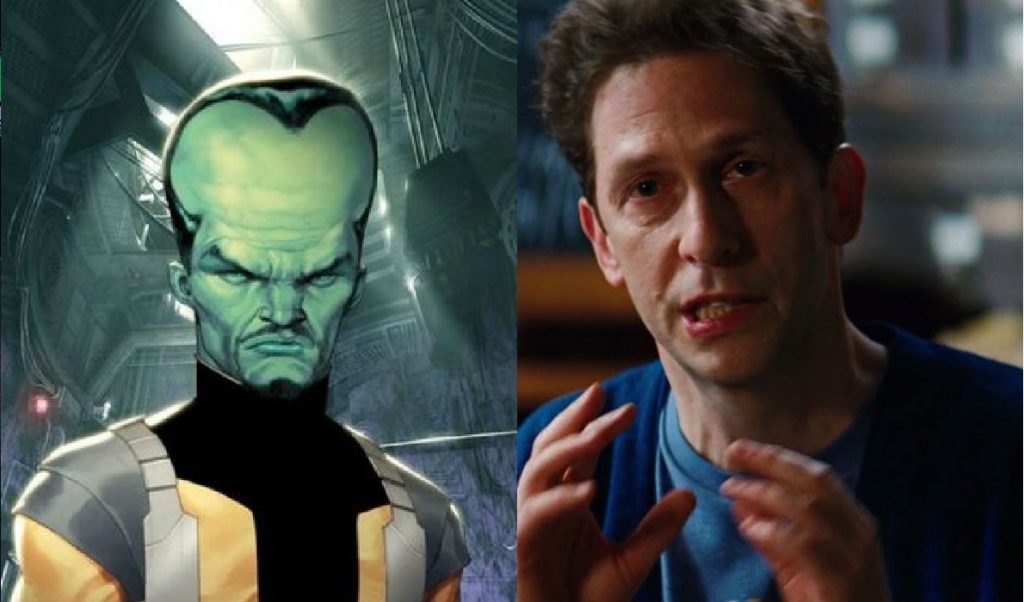 Now D23 confirmed that The Leader will be coming back to the MCU and that the villain will appear in the upcoming Captain America movie. Titled New World Order this will see Sam Wilson facing off against some greater threats that have arisen in the wake of the snap. Tim Blake will reprise the role of the leader and he’s a bit of a strange villain to have Cap face off against. Typically in comics, he’s a Hulk villain and I’m guessing that he will pop up too.

I think that this series will be the perfect place to have him pop up and perhaps we will get a post-credits scene that teases his arrival before he shows up in the movie. Abomination of course also popped up in the incredible hulk and he got brought back for this so it makes sense to have the villain that was teased in that turn up for this.

There are also some major leaks the future rumored World War Hulk movie will feature lots of different versions of Hulk characters. Therefore I think it’s gonna be more like World War Hulks with an S on the end. This is a really underrated sequel that’s looked over quite a lot and I think the graphic novel for it might even be out of print now.

Pick it up digitally if you can but it basically centers around the Red Hulk and a new character in the Red She-Hulk. The Leader is one of the main villains too and he’s responsible for the creation of Red She-Hulk which would be a good advisory to have Jen face off against in the future. This is eventually revealed to be Betty Ross and it would be awesome if they brought back Liv Tyler too. Unfortunately William Hurt passed away so we can’t really get his Red Hulk unless they fully CGI him and remove that but I dunno whether they would be willing to do it due to showing respect to the dead actor. Either way that’s what the leaks are saying and let me know below what you wanna see in the show.