Jersey Shore is one of the most popular shows in recent times and is considered both trashy and entertaining at the same time due to its reasons. But despite all these, it has gained popularity and has created some spin-offs too. Jersey Shore: Family Vacation is one of the examples for that which is an American reality TV series. The show first aired on 5th April 2018 on MTV and has now premiered five seasons, and the sixth season is on its way.

In the first season of the show, we saw seven housemates who spent their vacation together in Miami, Florida. And the fifth season ended on 20th October 2022. In every season, they move to a different place. Like in the first half of the fifth season, they had their vacation in New Jersey, Las Vegas, Los Angeles, California, and Florida. The second half was shot in El Paso, Texas, and San Diego.

So let’s see about the new season of the show, which is Jersey Shore: Family Vacation Season 6 Episode 1 release date, and a recap of the previous season.

In this season, there will be a vast variety of different storylines focusing on everyone in the group. Snooki, Deena, and JWoww will be seen handling their role as mothers, and at the same time, Vinny and Pauly will be seen trying to settle down in their life and start their families. Angelina has to deal with her marriage, and there is a legal case on The Situation, and he will be seen handling that.

The cast can also be seen doing different types of tasks like babysitting some kids, participating in rap battles, and a cross-country road trip competition. But the only thing which is sure about the show is the drama, laughter, and excitement for the audience.

Recap Of The Season 5

In the last episodes of season 5, we saw the launch of Lauren’s skincare brand, and all the friends attended that. Jerry Springer and Amy Schumer are welcomed by Nicole and Deena for the Meatball Show, and Ronnie comes back to Jersey.

In the Pool Party episode, we saw the fight between Jenni and Angelina over their old rivalry, and after some time, everyone was dragged into the fight on the San Diego trip. Due to this, they missed the pool party organized by Pauly. After this, the crew joins each other at the pool party, and they try to remove the bad vibes of the fight, and the team now organizes a birthday party for Vinny, and a sloppy pill has been taken by Nicole. 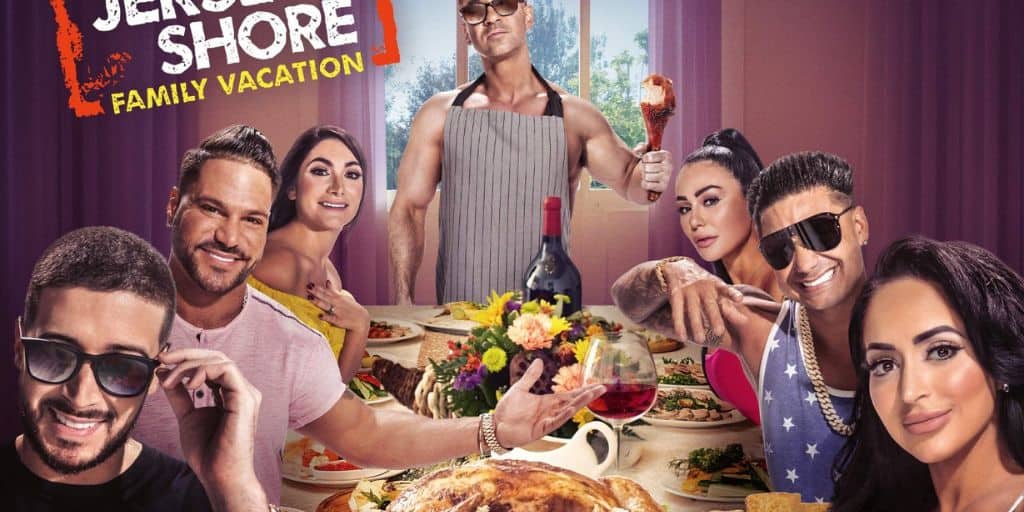 In the last two episodes of Reunion, we saw after a ten-year absence, the Shoremates are back on stage for the reunion, taking questions from the audience and pondering whether Vinny and Angelina’s stars have finally aligned.

In the finale episode, we saw the team enjoying the season 5 recap, and Justina Valentine joined them while they were enjoying the craziest moments of their season together. They started remembering everything from the start of the show to the ending, like drunk Jenni and how she reacted and the fight between Nikki and Angelina.

Cast Of The Show

The cast of this show has been the same since the beginning, which includes Nicole “Snooki” Polizzi, Mike “The Situation” Sorrentino, Vinny Guadagnino, Deena Cortese, Jenni “JWoww” Farley, Angelina Pivarnick, Paul “Pauly D” DelVecchio, and Ronnie Ortiz-Magro. These are the people who travel to different places for their vacation in the show. 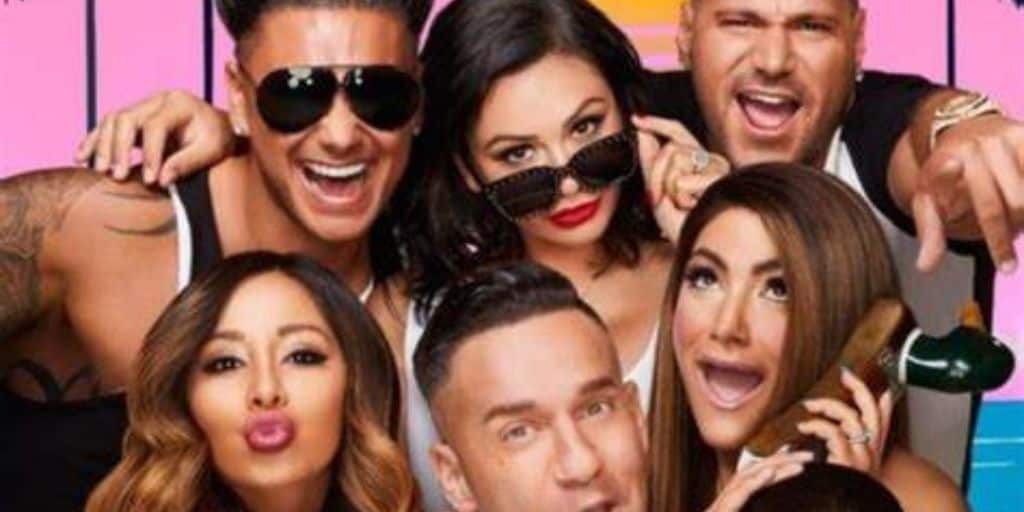 In addition to them, some new characters will appear in this season of the show, including Chris Larangeira, who is the fiance of Angelina, Jionni LaValle, who is the husband of Nicole, and Melissa Gorga, who is a friend of Vinny Guadagnino. These people can bring more drama to the show and make the show more exciting.

Where Can You Watch Jersey Shore: Family Vacation Season 6?

Jersey Shore: Family Vacation will air on MTV at 8 p.m., and every episode will have a duration of 60 minutes.