Teen dramas are a cool thing, and all the rizz right now in 2023. With that, fans are curious about how to watch Wolf Pack season 1 online, and we have covered everything for you guys. Jeff Davis has created the series for the Paramount Plus streaming service. The inspiration for the plot has come from a book of the same name published in 2004 by author Edo Van Belkom. With the series releasing soon, let us dive into more of its details before getting into the release part.

As for the cast of the series, fans can expect to see Sarah Michelle Gellar reprising the role of Kristin Ramsey. Rodrigo Santoro will enact the character of Garett Briggs. Armani Jackson will play the part of Everett Lang. Bella Shepard will reprise the role of Blake Navarro. Chloe Rose Robertson will enact the character of Luna Briggs. Tyler Lawrence Gray will play the part of Harlan Briggs.

These are some of the main, confirmed cast members for the series who will be seen in every episode there is. The list of other recurring characters includes Bailey Stender, Hollie Bahar, and Chase Liefeld. Lanny Joon is going to reprise the role of Jason Jang. Rio Mangini will enact the character of Austin. We also have Stella Smith, James Martinez, and Bria Brimmer on board as cast in undisclosed roles, among others. 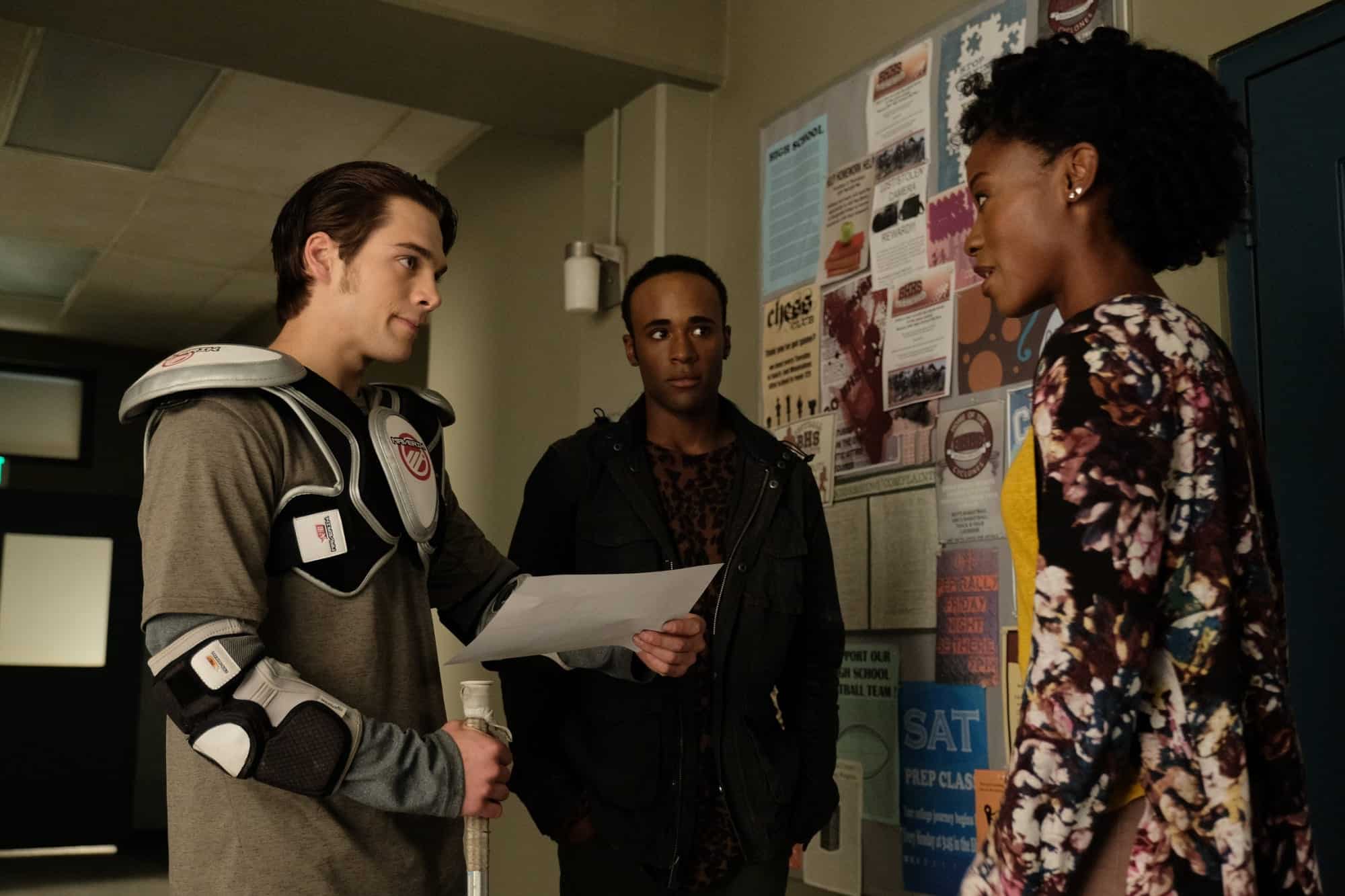 A still from Wolf Pack

Note: The episode schedule is subject to change as per the wishes of producers and the service. This is just an estimated release date for the entries.

How to Watch Wolf Pack Episodes

Wolf Pack episodes will release on Paramount Plus starting from the 26th of January 2023, as mentioned in the schedule. The fans will be able to watch the latest entries after 3 AM Eastern Time, as this is the standard hour at which Paramount Plus releases most of its episodes. The platform costs just 4.99 dollars a month in recharge to access its content online with ads. You can always choose to go ad-free with the higher version of the platform at just 9.99 dollars a month.

Paramount Plus has released a trailer for the upcoming series, and it gives us a huge insight into what fans expect from the show. At the start of the series, we will see a wildfire breaking out. At the same time, there is a school bus passing through the same forest. We see deer and other animals trying to escape from the place and save themselves from the fire.

With the heavy smoke and stuck traffic, there is something attacking the people. Five kids who were on this school bus got injured by whatever this thing was and got some huge scars from the incident. Although, as the trailer suggests, they have no idea how their body is changing after this, and soon, the group will evolve into a wolf pack.

There is obviously an ongoing investigation going on about the same, and the detectives are trying to find out everything curious that is related to the wildfire or even the kids on the bus. With routine killings in the area, the wolf pack will try to save the humans from whatever is on the loose and try to kill people in the vicinity.

How To Breed Strombonin in My Singing Monsters