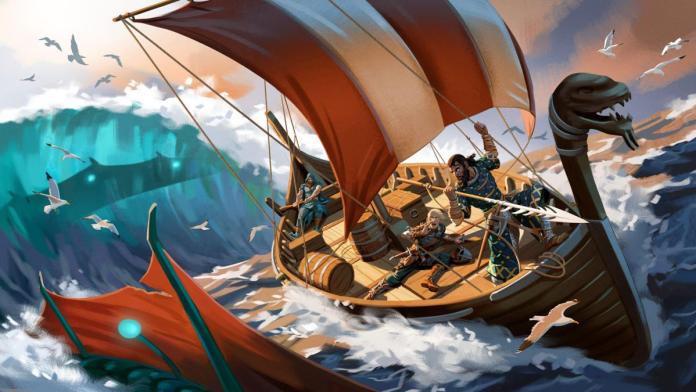 Valheim’s latest major update, the Mistlands update, released last month to major acclaim. Fans of Valheim have been yearning for new content drops, and we finally got one. Even though Mistlands just came out, the Valheim developers have already announced their next major update: The Ashlands! Here is everything coming to the Ashlands update in Valheim.

Let’s start with some preliminary info. The Ashlands will be an all-new massive biome, located at the far southern tip of the world. Unlike the other biomes, the Ashlands will always be located down here.

The look and feel of the Ashlands hasn’t been finalized yet, but the team is imagining it to be a volcanic wasteland of the dead, covered in a thick layer of ash, hence the name. Here are some creature designs to get your imagination going:

Valheim’s developers have gained notorious for taking their time, but they’ve promised some new things to come before Ashlands officially drops.

The first thing is a new quest system called Hildir’s Quest. Though not detailed too much, this is going to be a new traditional quest system that will reward players with fun cosmetic items, like new clothes. You’ll even be able to redo your character’s hairstyle!

In addition, there are ongoing discussions about other new features, including different difficulty modes and accessibility options. If you’re a disabled gamer, reach out to the Valheim team to let them know how they can make the game more accessible!

That’s all we know about the upcoming Ashlands update so far. The team stated that they wanted to keep things a surprise with the Mistlands update, which is why they weren’t so vocal about updates.

This time though, the team wants to be more vocal and active going forward, as that will naturally lead to more transparency. Stay tuned for any future updates on the Mistlands update, and we’ll see you there!

How To Get Conqueror Haki In A One Piece Game (AOPG)