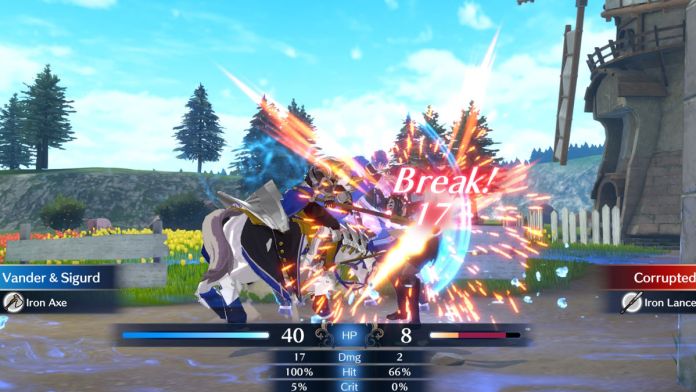 Fire Emblem Engage is a single-player tactical RPG for the Nintendo Switch where players can choose, train, and level up their units to help them in battle. Units can be upgraded to a higher class but this should be done at the right moment. Find out more below to find out the best time to reclass in Fire Emblem Engage – class change guide.

Promoting units in Fire Emblem Engage increases their stats, levelling them up and making them a higher tier than they were previously, and allowing them to use more weapons. It is also possible to change their class altogether. If the class is changed then their level is returned to level 1.

When looking to reclass or promote a unit your unit will need to be at least level 10. This usually happens around Chapter 10 in the game. If the upcoming battle looks like it is going to be particularly tough then it is worth looking at promoting your units to Advanced Class. Promoting early gives you stronger units and more chance of making it through battles.

Players can continue increasing the stats of their Advanced Class units by spending a Second Seal to reset their level. The level will reset to 1 but the stats will stay the same. The unit can then be levelled up again, and the stats will keep increasing.

Reclassing requires a level of Weapon Proficiency which can be seen in their Class Change list. Increase the Weapon Proficiency by reaching certain Bond Levels with specific Emblems. This will also better the unit’s performance. To reclass the unit, go to the Class Change menu and see the list of classes available. Just pick the one you want and confirm your choice.

Related: How to Get Fire Emblem Engage on PC

So to conclude, reclassing units requires the player to be at least level 10, and can be achieved after Chapter 10. A Second Seal will be needed, as will a certain level of Weapon Proficiency. The best time to reclass is early on in the game, when you are figuring out what classes you want and need for your units.

Next up, check out all the available animals in Fire Emblem Engage and how to adopt them! Good luck.

How to Obtain Black Seeds (and What They Do)